My 1st Aardwolf pics ever 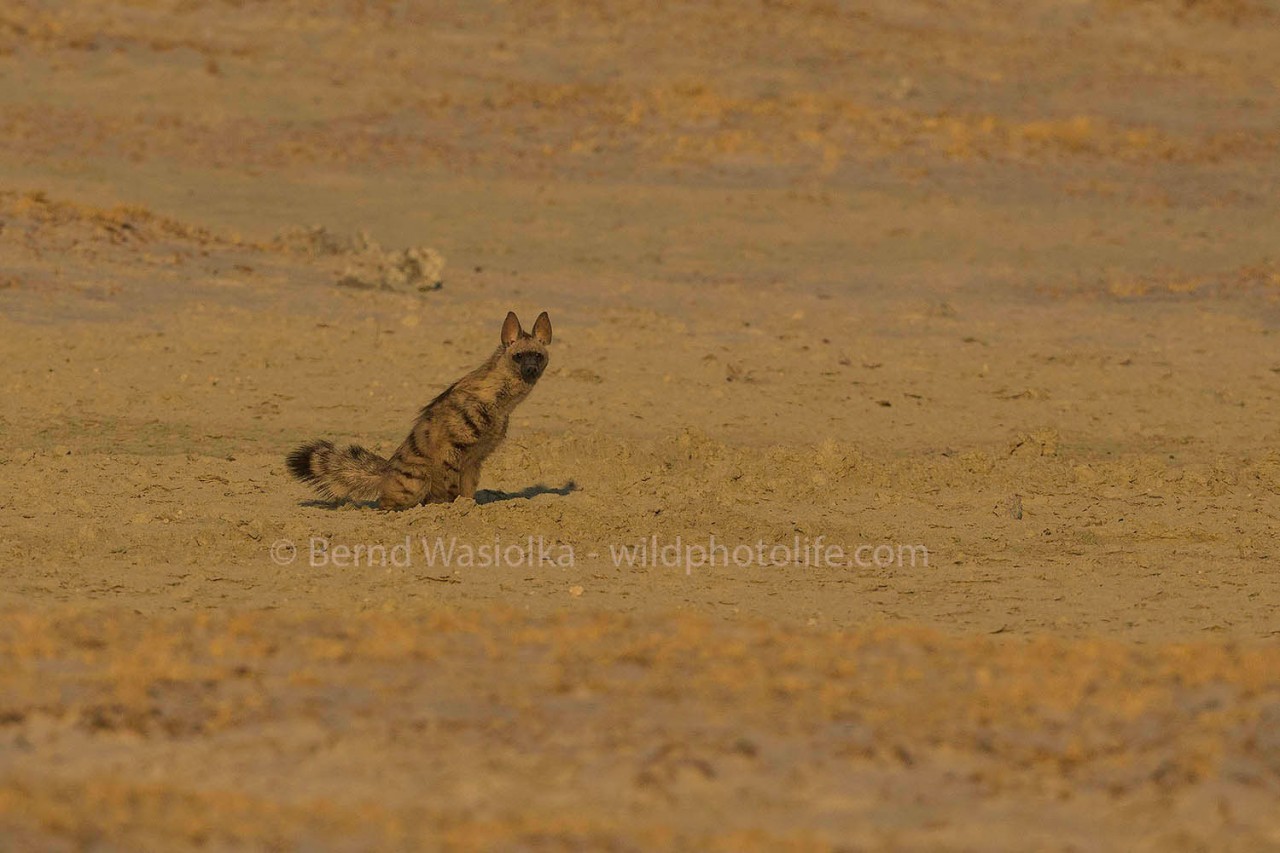 A few days ago in Etosha National Park, Namibia I drove along the pan’s edge in direction of Andoni plains. Suddenly I spotted something on the pan – roughly the size of a jackal. But the animals movement style didn’t match the ones of a jackal. As I slowly approached my suspicions were confirmed – right in front of me was an elusive Aardwolf (Proteles cristatus).

It finished its job and started slowly to move over the pan. Once in a while the Aardwolf paused, turned and had a look at me. Click, click, I got a few more shots. 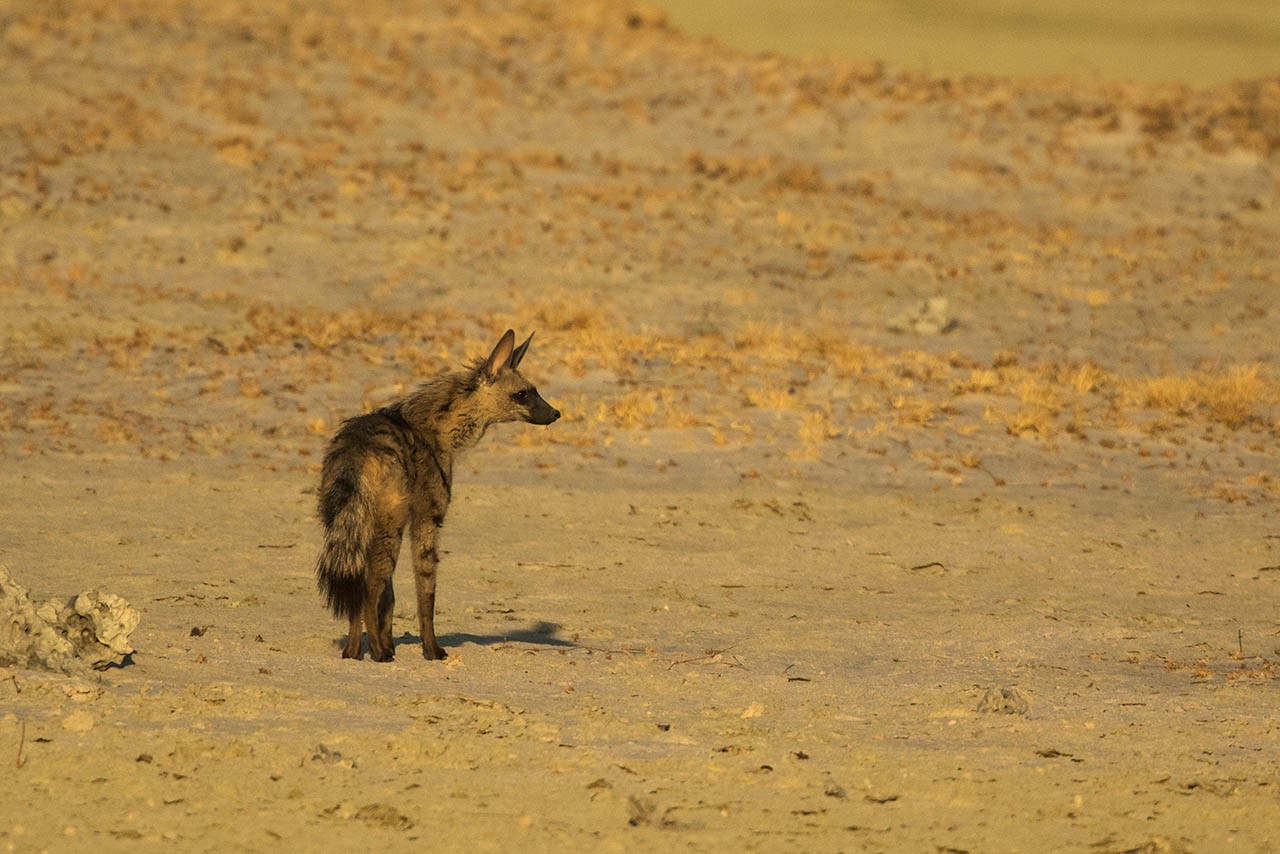 The Aardwolf seemed to be really relaxed and unfaced by my presence. But as it had to cover a large chunk of open pan it speeded up and crossed the open area in a hurry. Once it reached the safety of a grassy bank it relaxed again. 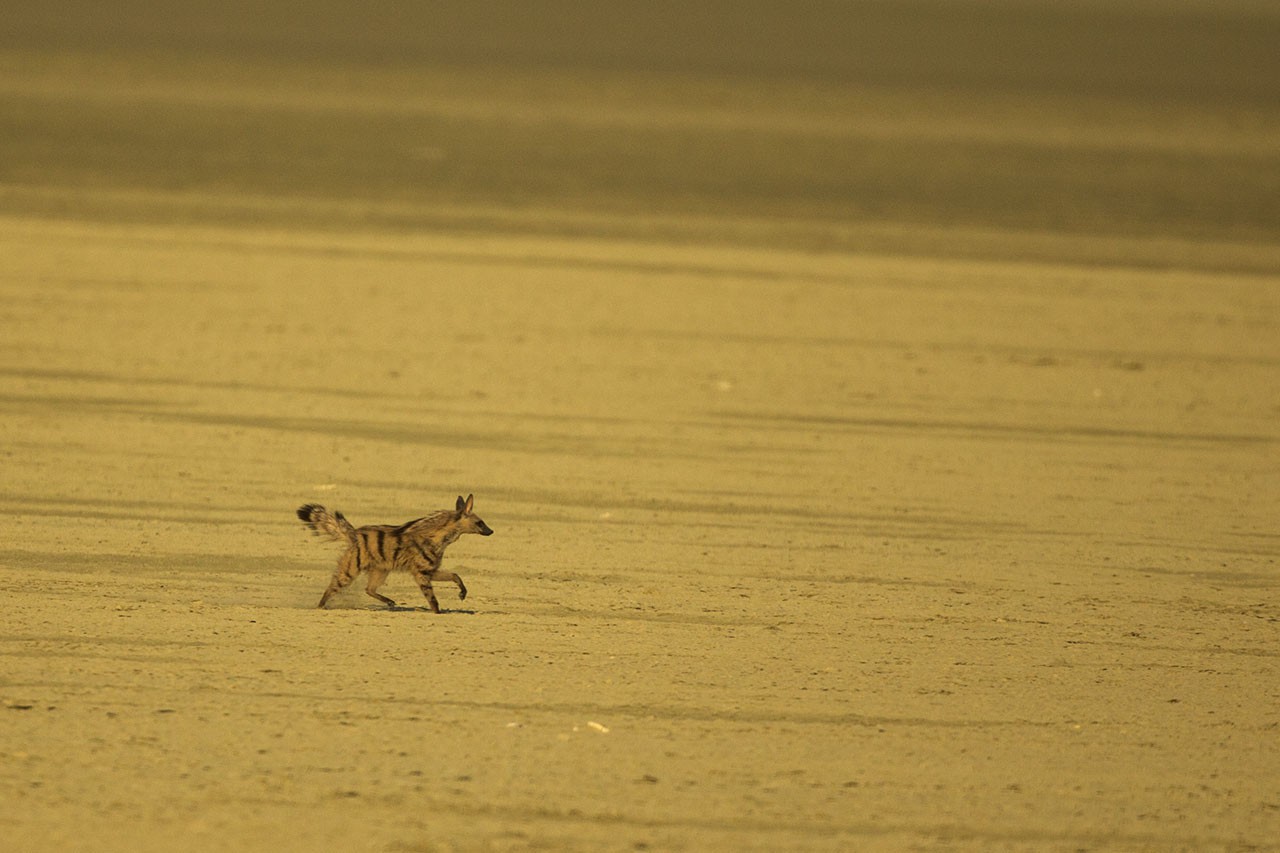 The Aardwolf started to check for termites in the grassy area (Unfortunately out of camera range – what a pity). Once in a while it moved behind the grassy banks, reappeared and vanished again. l watched the Aardwolf antics for some time before it disappeared for good. After half an hours wait I decided to move on. ln high spirit l left in the search for more exciting pictures and stories.
Aardwolf Fast Facts:

monogamous, 90-100 days gestation period, 2-3 offsprings (up to 5), helpless in den for the first 6-8weeks, from 3 month onwards they start to forage, adults size reached by 9 month